Egypt has once again been named as the world's Best Country Brand for History in the fourth edition of the Country Brand Index (CBI), edging out other historically rich country destinations like France, Italy, Greece and China. 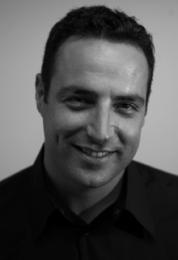 Mario Natarelli, Co-CEO, FutureBrand
The top ranking also shows Egypt's continuing success in being able to market the country's rich historical heritage and positioning itself as one of the prime tourist destinations in the world.


Now in its fourth year, CBI continues to provide a comprehensive branding study that includes rankings, trends and travel motivations of tourists around the world. Over 2,600 international travelers take part in the annual study conducted by FutureBrand, a leading global brand consultancy, in conjunction with Weber Shandwick's Global Travel & Lifestyle Practice.

CBI examines how countries are branded and ranked according to key criteria and aims to provide an extensive overview of the challenges and opportunities within the worlds of travel, tourism and country branding.


"Egypt has once again proved that it is the number one tourist destination in terms of historical appeal. It has successfully positioned itself in this spot by leveraging its rich history, ancient sites and mystical structures such as its pyramids, which have contributed in making Egypt one of the most popular destinations for travellers from around the world."


This year's study also cites Egypt and the United Arab Emirates as the only countries from the Middle East and North Africa (MENA) region that have made it to the distinctive list.
Email ThisBlogThis!Share to TwitterShare to FacebookShare to Pinterest
Labels: Nation Branding