When Branding Is Too Good: A Cautionary Tale from New York's Citi Bike 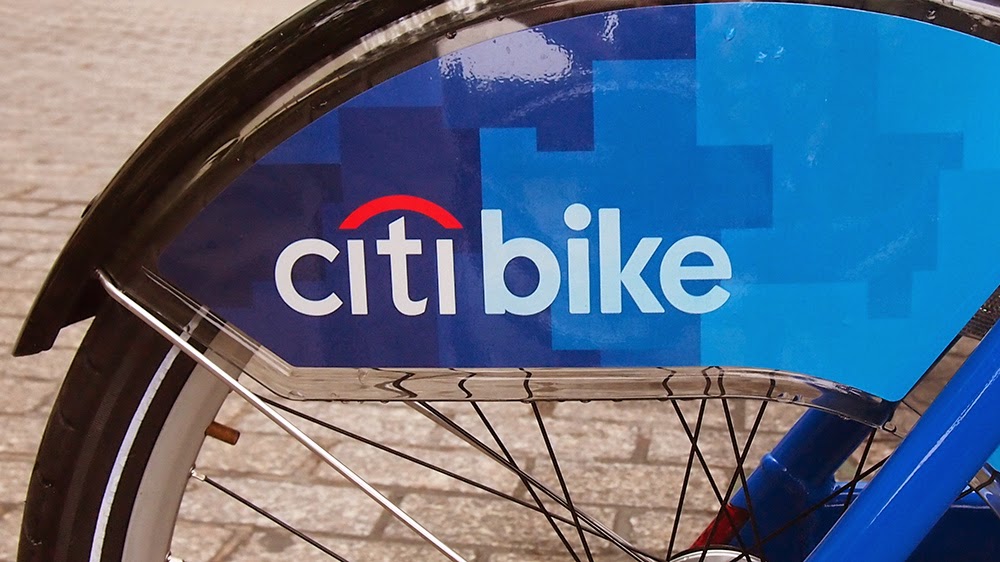 WOULD ANY OTHER COMPANY WANT TO JOIN CITI AS A SPONSOR?

New Yorkers have racked up more than 7 million trips on Citi Bike, New York City’s bike-share system, since it launched late last May. More than 100,000 people hold annual memberships. Yet financially, Citi Bike needs help. According to the New York Times, Citi Bike is seeking somewhere in the range of $20 million to be able to maintain and expand the program. As the city’s transportation commissioner, Polly Trottenberg, has admitted, Citi Bike has faced "significant financial and operational issues.”
The company's financial turmoil may be due, in part, to the structure of its main sponsorship with Citi Bank. The New York City Department of Transportation provides oversight for Citi Bike, but the program--which is the largest in the country--receives no public money, differentiating it from bike shares in other cities. The New York system is operated by NYC Bike Share, a subsidiary of the Portland-based Alta Bike Share, which also operates systems in Chicago, Boston, and Washington, D.C., among others. In a deal brokered by the Bloomberg administration, Citigroup is paying $41 million over the bike share’s first five years to be the title sponsor. MasterCard, the only other sponsor, paid $6.5 million. 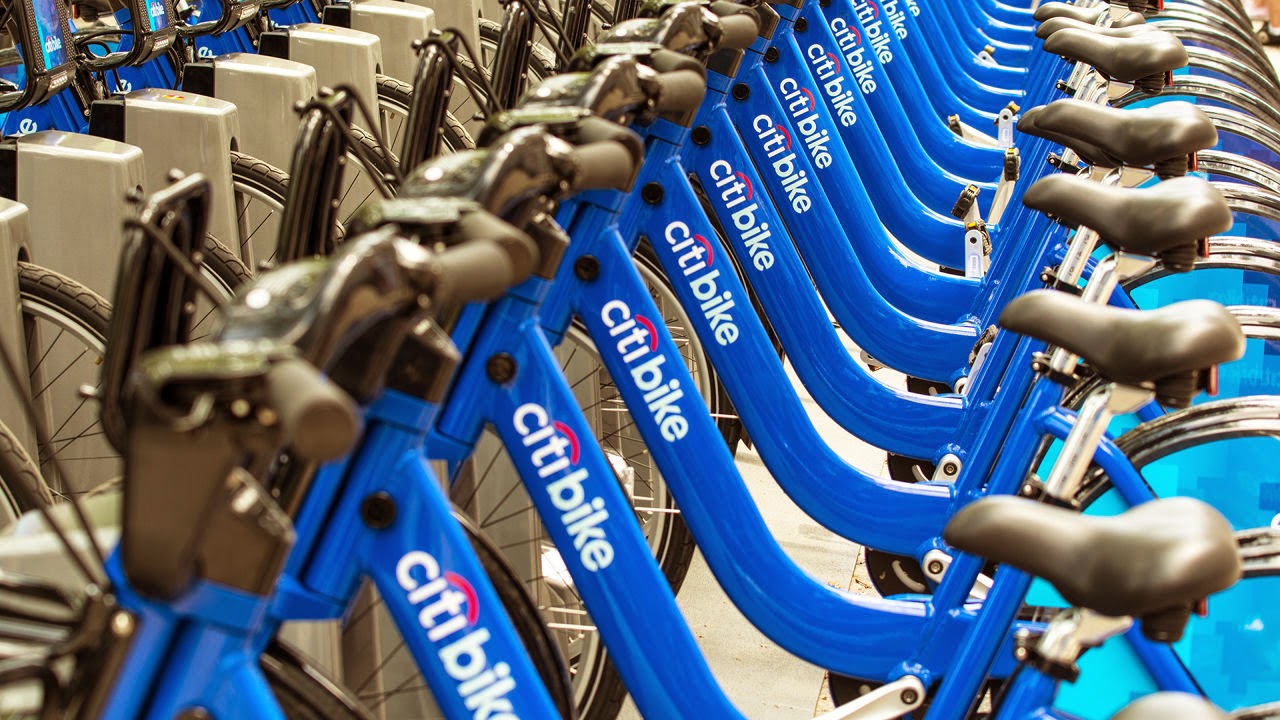 The problem is that it can be hard to decipher where Citi Bike ends and Citibank begins, making it difficult to entice additional sponsors to join. When you allow one company to brand your service so completely, there’s little benefit left to offer other potential funding partners. According to the Wall:
Alta was always expected to seek sponsorship, in addition to Citigroup Inc., which paid for the naming rights. Goldman Sachs Group Inc. lent the money up front to pay for start-up costs. Finding additional sponsors has proved challenging because the program has become so closely associated with its eponymous supporter, according to a person familiar with the matter.
Citi made a smart investment by inextricably linking itself with the popular bike share for a mere $41 million. Thousands of New Yorkers are riding moving Citi billboards around the city each day. For the bike share, the benefits of the partnership are less clear. By not securing enough Citi money to keep itself afloat from the outset without other sponsors, Citi Bike may have hobbled itself.
Scott Galloway, a marketing professor at New York University’s Stern School of Business, says that it’s not shocking that Citi Bike would have difficulties finding additional sponsorship. “When the first member on your team is A-Rod, it doesn’t leave a lot of opportunity or budget to other players,” he says. “When your first sponsor is Citi and its called Citi Bike, there’s not a lot of value for other advertisers. They should have known upfront they were selling one sponsorship, and should have planned accordingly.” (According to Bloomberg Businessweek, Bloomberg administration officials initially asked Citigroup for more, but were negotiated down.)
WHEN YOUR FIRST SPONSOR IS CITI AND IT’S CALLED CITI BIKE, THERE’S NOT A LOT OF VALUE FOR OTHER ADVERTISERS.
Citi has branded the bike-sharing service in New York so fantastically that trying to separate the bikes from their sponsor can be confusing. “It’s the visual and the verbal,” explains Kevin Lane Keller, a marketing professor at Dartmouth’s Tuck School of Business. First, Citi Bike and Citibank sound so similar that in announcing the partnership, then-Mayor Michael Bloomberg got them mixed up.
Then there's the physical branding: In addition to the Citi logo, the bike-share network is plastered with the bank's distinct shade of cobalt blue (a hue screenwriter Delia Ephron decried as having “distorted every view” in the city). website looks just similar enough to Citi the bank’s actual site (again, that blue!), to make me briefly question whether I was looking at a Citi-owned product. I’m not the only one who gets confused. Vandals have smashed Citi Bike docking stations in protest of Citigroup. Some “people don’t realize that Citi is just a sponsor and it’s Alta that operates all of this,” Keller says. “They assume this is all Citi’s.”
That confusion is compounded here: When asked about Citi Bike’s difficulties finding other sponsors, a media representative from NYC Bike Share directed all queries to Citi’s director of public affairs (who as of publication time has not provided a response.) 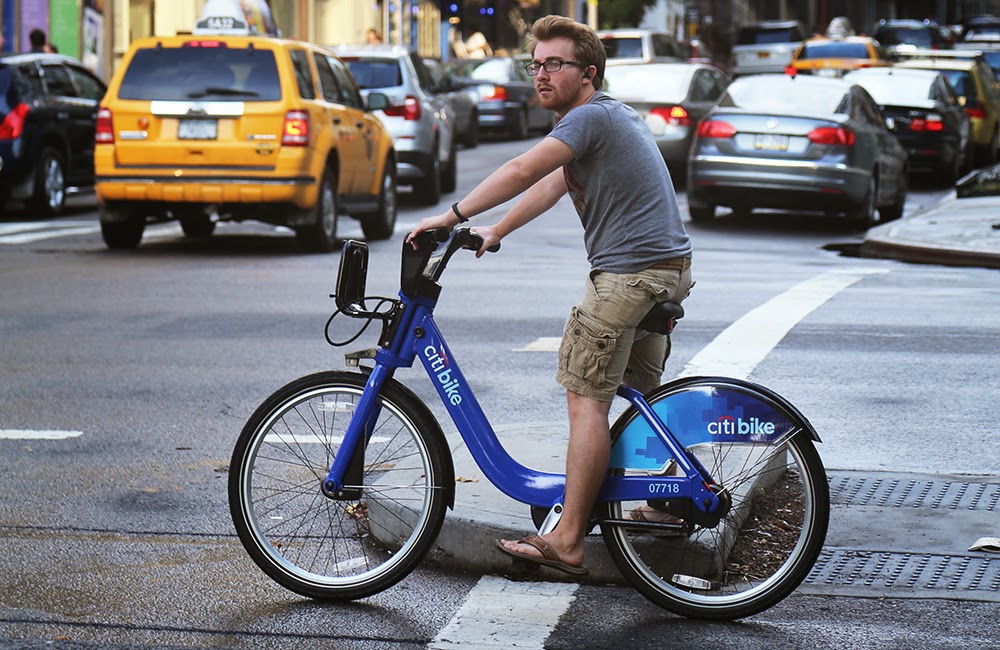 Of course, becoming the primary sponsor for an unproven bike-sharing system was a risk on Citigroup’s part. Had the bike share been wildly loathed, the company would have been entwined with the controversy. “The meanings of Citi the brand are now forever connected to this bike thing, for five years,” says Susan, a professor of marketing at the Boston University School of Management. “In the evolutionary plane of this [Citi Bike] brand, five years is going to be a long time.” These first few years are when people’s perceptions of the bike share are being formed.
Some branding opportunities are, by nature, parties of one, like naming rights to a stadium. You can’t call a baseball stadium US Cellular/Staples Field. By not branding the system with a lead sponsor's name, other bike-share programs, like D.C.’s Capitol Bike Share, have left themselves open to dozens of sponsors, like their sponsorship program, for example, that nets $18,000 per 19-dock station. In Citi Bike's case, “there’ll be other ancillary opportunities, but everything is going to play second fiddle to Citi,” Galloway says.
So far, connection with the popular service has been good for Citi.Celebrities Citi Bike. Brides Citi Bike. In a recent interview with Advertising Age magazine, Citibank marketing executive Elyssa Gray said the bike-share sponsorship has netted $4.4 million dollars in earned media (free advertising, largely from social media).
Meanwhile, Citi Bike's own earned revenue isn't what the bike-share organizers had hoped. Part of the blame for Citi Bike’s financial woes has been placed on its lack of popularity with casual riders. The bike share has so far attracted far more annual riders, who pay only $95 a year for unlimited rides up to 45 minutes, compared to daily passers, who pay $9.95 for 24-hours of unlimited 30 minute trips. The bike share has also faced other unforeseen challenges: damage to bikes by Hurricane Sandy, an especially rough, and the bankruptcy of Bixi, the company providing the bike share's technology.
If Citi Bike hopes to bring in new sponsors to make up for its budget gaps, it’ll have to figure out a way to provide some sort of value for them, whether that’s giving them a portion of signage on the bikes or stations or something else entirely. It’ll certainly be a tough sell. Citi Bike frames may be clunky, but they’re not quite big enough to support more than the five Citi logos already embedded in the Citi Bike frame.
http://www.fastcodesign.com/3028632/terminal-velocity/when-branding-is-too-good-a-cautionary-tale-from-new-yorks-citi-bike?partner=newsletter
Email ThisBlogThis!Share to TwitterShare to FacebookShare to Pinterest
Labels: Sponsorship