A Rebranding Concept That Could Make Ladies Love Car Accessories 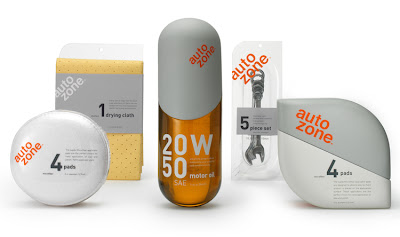 If motor-oil canisters are any indication, women don't buy oil. Ever. The packaging has so many muscular angles and mannish colors and all-cap type treatments, you half expect it to go marching into a meeting of No Ma'am. Which should make sense to precisely no one. Women drive. Some even (gasp!) know how to change their oil. Shouldn't motor oil -- and all auto accessories for that matter -- appeal to the fairer sex? 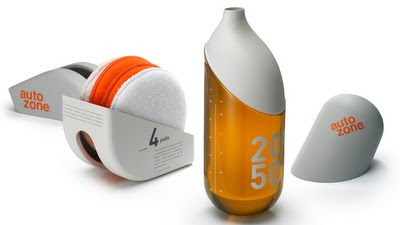 Enter Vinh Pho, a student designer living in France, who has snipped away all that dudishness to produce a refreshingly simple (and, yes, gender-neutral) packaging concept for car gear sold by the spare-parts giant AutoZone. The products include hand tools, microfiber pads, a drying cloth, and, of course, motor oil, and each is done up in a sleek graphic scheme of orange, gray, and white, with minimal text and lots of lower-case letters; think Method instead of Nascar. 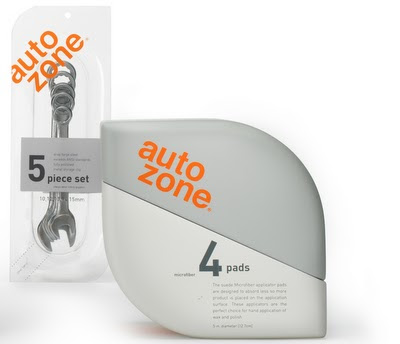 As for the shape of the packaging, it suggests a light feminine touch: The oil comes in a capsule that resembles a Glade PlugIn, microfiber pads in something that could easily pass for a compact. 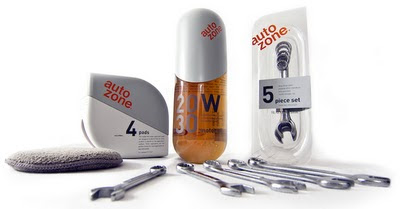 Sure, some men might scoff at an oil canister that doesn't look like Axe body spray on steroids. But set aside all this gender talk, for a moment, and think about this: Pho's design is leaps and bounds easier to read than most car-accessory brands. Look at his oil capsule, which makes the most important information, the oil grade, the biggest feature. That's great news for ladies and guys alike -- nothing's less manly than pouring the wrong oil in your car.

Email ThisBlogThis!Share to TwitterShare to FacebookShare to Pinterest
Labels: Genre